I am an official registrant in Ironman Louisville

As the fat kid, growing up I never in a million years dreamed I would be participating in an Ironman event.

I want to thank all of my friends and family for their support and above all - I would like to thank my wife Brittany for giving me the freedom to pursue this dream!
Posted by Jimmy at 8:34 AM No comments:

Why do they always have to be from the South? 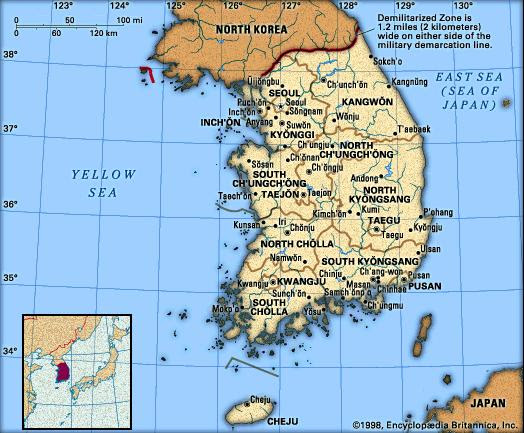 My wife and I have some friends teaching in Korea right now and their blog is a must read!

I love working and living in Chattanooga, but it would be fun to travel the world one year as they have done. Additionally, I can only dream of "soft red bicycle paths on every sidewalk"
Posted by Jimmy at 6:40 AM No comments:

This is what happens when you run barefoot in 100 degree heat after a mile swim. 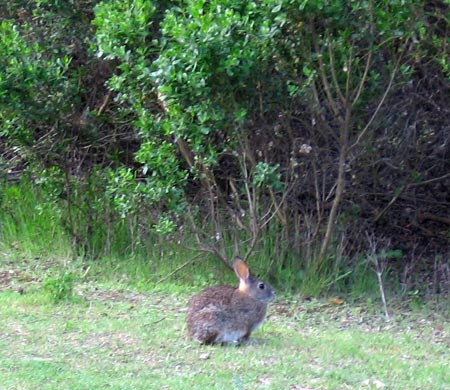 I had a great swim over the weekend. Who would have guessed that when I swim in water that is surrounded by protected National Parks that I can breath and don't blow snot for the next two days?

Trueely this really has put the fear in me, and today I'm swimming in a new location so we shall see how this goes.

On Monday I woke up at 5:00 and as I was running I ran right past this rabbit. The thing didn't even move on the trail. Simple things like this make the early mornings really enjoyable. And you know other small things like there is no humidity and its around 75 degreees compared to 100 degrees with 100% humidity in the afternoons.
Posted by Jimmy at 11:50 AM No comments:

I woke up at 5:00 this morning planning on running my usual 13 miles but my left knee had other plans!

This is very weird. On sunday, I plan on suffering through some heat and doing some serious training.
Posted by Jimmy at 8:39 AM No comments:

Outside Magazine has a story headlined: "Swim. Bike. Run. Shoot. Kill." It's about how the Navy SEALS have discovered that while their graduation rate is 26%, among triathetes its 40%. So, the Navy is trying to recruit athletes into the SEAL program.

The author of the piece, Tim Sohn, says that triathletes make good recruits because they are "wiry all-arounders who tend to be focused, good both on land and in the water, and largely indifferent to physical discomfort."
Posted by Jimmy at 8:06 AM No comments:

This week has been a surprisingly good training week. Waking up at 5:15 this morning was not fun; but enjoying this awesome view and many others did make it worth it.

I'm pretty agnostic when it comes to politics, but Republicans aren't helping themselves when they make comments like this:

Oh, I cannot make this stuff up. Yes, the American people have heard this. Their answer to our fuel crisis, the crisis at the pumps, is: Ride a bike.

Democrats believe that using taxpayer funds in this bill to the tune of $1 million a year should be devoted to the principle of: “Save energy, ride a bike.”

Some might argue that depending on bicycles to solve our energy crisis is naive, perhaps ridiculous. Some might even say Congress should use this energy legislation to create new energy, bring new nuclear power plants on line, use clean coal technology, energy exploration, but no, no.

They want to tell the American people, stop driving, ride a bike. This is absolutely amazing.

Apparently, the Democrats believe that the miracle on two wheels that we know as a bicycle will end our dependence on foreign oil. I cannot make this stuff up. It is absolutely amazing.

Stay tuned for the next big idea for the Democrats: Improving energy efficiency by the horse and buggy.” Rep. Patrick McHenry (R-NC)

As I have posted several times - the bike is still the most energy efficient mode of transportation out there.

The guy even had the audacity to make a joke poster and post a video on his web-site.
Posted by Jimmy at 7:43 AM No comments:

Ford Ironman World Championship Broadcast Re-air Sunday - IRONMAN.com: "re-air of the Emmy-awarding winning 2006 Ford Ironman World Championship broadcast this Sunday on NBC from 2:30pm – 4:30pm EST. The show, taped on location in Kailua-Kona, Hawaii, on October 21, 2006, received an Emmy Award in the category of Outstanding Edited Sports Special, one of the highest honors."
Posted by Jimmy at 6:50 AM No comments:

There is going to be a new IRONMAN CHINA

It will be in April 20, 2008 in Haikou, the capital city of Hainan Province. I would have already signed up but my wife and I are expecting our first child 2 months earlier so I think it might be smart just to do my first Ironman here in the states.

The re-air of the Emmy-awarding winning 2006 Ford Ironman World Championship broadcast this Sunday on NBC from 2:30pm – 4:30pm EST. The show, taped on location in Kailua-Kona, Hawaii, on October 21, 2006, received an Emmy Award in the category of Outstanding Edited Sports Special, one of the highest honors.
Posted by Jimmy at 6:41 AM No comments:

This is one of the most inspirational stories I have ever read. Particularly, because I have a baby on the way and this guy is taking his one year old and his two other kids (ages 8 & 9), and the wife on a bike ride across Canada!

I think my family should be up for a bike ride across America!

Check out the slick bike

His web-site is here

Crazy bike adventures are nothing new to local author and nationally known speaker Joe Kurmaskie. The man who is known by his fans as the “Metal Cowboy” has biked all over the globe, but his current adventure might be his most daring yet.

Yesterday afternoon, Joe, his wife Beth and their sons Quinn, 9, Enzo, 7 and Mateo (will be one next week), embarked on a two month, 3,000 mile journey across Canada. Bicycling magazine is already on board (they plan to publish regular updates and track the journey via GPS) and a book will likely follow.

I caught up with them just before they left.

The first thing I noticed was their “stretch limo” set-up . They’re rolling a triple tandem, connected to a tag-along bike, connected to a trailer. Most of the gear has been strategically packed into the trailer (leaving just enough room for little Mateo of course), but I was surprised at how little they seemed to have.

Joe says he limited the kids to one toy and one stuffed animal each saying, “there are no extras on this trip,” as he secured two panniers to the rear of the trailer.

They had considered putting Beth on a single bike, but she wanted to be “part of the team” and this way, she’ll be closer to the action.
Kurmaskie family send-off
Joe and Beth Kurmaskie.
(File photo)

Beth is going into this with a positive outlook, and looks forward to how the trip will bring the family closer together, “Riding in this arrangement takes a lot of communication,” she says. She’ll have a chance to share how it all goes in the upcoming book. The plan is to let Beth write a rebuttal after each chapter to act as counterpoint to Joe’s re-telling of events.

As for the route, Joe says they’ve planned for anywhere between 2-3,000 miles but that he doesn’t have every mile planned out,

“We’re starting on Vancouver Island and ended up in Nova Scotia…I don’t believe in over-planning because it takes the adventure out of it… but don’t get me wrong, I plan to stay safe… I won’t do things with the family that I’d do on my own.”

While Beth is busy keeping the family in good spirits and Joe is making sure they’re headed the right direction, Enzo and Quinn will just be having fun. They’re used to bike adventures. Last year they joined their Dad on a trip across America that resulted in Joe’s latest book, Momentum Is Your Friend: The Metal Cowboy and His Pint-Size Posse Take on America.

While I was there yesterday, Enzo and Quinn were busy having a squirt gun fight and there was talk of how to put some holsters on the frame for easy access while riding.

And of course we can’t forget about little Mateo. He’s not quite one year-old, and he’s got the best seat on the trip. He either loves the trailer, or he’s just resigned to the fact that it will be his home for the next two months.
DSC_2508
Mateo loves his spot in the trailer.
(File photo)

For a few more photos of the Kurmaksie family, check out my gallery. To stay in touch with their progress, read the Metal Cowboy blog and watch for updates in Bicycling Magazine.
Posted by Jimmy at 2:28 PM No comments:

This is my swim route!

The run in was nice and peaceful. I got a touch of a stomach cramp around the half-way point but I think it was because of my water-belt being too high up on my stomach.

I'm excited about the bike ride - the ClifShot mix is mixed in my water bottle and currently in the freezer.
Posted by Jimmy at 5:30 AM No comments: