I gave a speech today titled: "What is your ironman?"

Hopefully you can see the slides below

Quote to live by:

"I would rather be ashes than dust! I would rather that my spark should burn out in a brilliant blaze than it should be stifled by dry-rot. I would rather be a superb meteor, every atom of me in magnificent glow, than a sleepy and permanent planet. The proper function of man is to live, not to exist. I shall not waste my days in trying to prolong them. I shall use my time."
- Jack London
Posted by Jimmy at 12:59 PM 1 comment:


Yesterday, I completed the longest event I have competed in - the Atomic Man Half Ironman. My lovely wife and best friend & his wife were all there to see me in probably the most pain I have ever been in. I finished in 7 hours - my personal goal was 6 - but at the end of the day I was looking for the big finish and I got it.

Swim
The swim wasn't that bad. I obviously should have tested the wetsuit out before I used it in a critical event, but it definatley helped more than hurt. I did get a massive headache from my goggles, but that's ok, this is the first triathlon I have competed in where they didn't leak!

Lesson Learned: Do an all out test (even that nasty swim cap) with all your gear at least twice

Bike
Bike was fun. The rolling hills didn't provide any monotony which I was a big beneficiary of. Everyone competing had awesome bikes which kept me entertaining myself wondering how much each bike costs.

Lesson Learned: I need to be riding with the fast group here in Chattanooga - as they all had awesome times.

Run
DEATH - the first 6.5 miles were tough steep hills. The last 6.5 miles were long-straight and had no shade. There was a brief interuption on mile 10-12 where it was a trail next to the river which was awesome.

Lesson Learned: Do at least a couple hard-core BRICK workouts and even suck it up and run in the sun in the afternoon. I know I would have trimmed at least 30 min. off my time if I was acclamated to to running in the sun - and not the nice shade that my 5:00 a.m. training runs provided me with.


Summary
Great race. Organization with the officials was a little scarce but I was fully expecting this from the web-site and how many people competed in it, so no worries. The volunteer support by the boy scouts was awesome. Special Note: I am a proud Eagle Scout and even got a couple of "hooh-rahs" when I told them at the aid-stations.

Hopefully I can post some pictures up tommorow.
Posted by Jimmy at 12:02 PM No comments:

Atomic-Man is only a couple of days away so for the first time in a long-time I didn't ride in and had my wife take me into work.

It's funny - every time I don't ride in - it makes me appreciate my rides even more. Driving to work I dealt with - 1)having to wake my pregnant wife up; 2)listening to all of the wrecks on the interstate and ads on the radio) and 3) dealing with traffic - With riding I really don't deal with any of these

Great article on a whole family in L.A. who ditched their car for bikes.
Read it here
Posted by Jimmy at 10:50 AM No comments:

Personal Navigation Assistent For Cyclists By Garmin
Posted by Jimmy at 11:52 AM No comments:


It used to be such an elitist technology that was either deployed by rich people in their expensive luxury vehicles or by geography buffs who needed the tech for work purposes. Garmin has become the number one personal navigation device seller in the United States and they pushing along for an even bigger market share with the Garmin Edge 705 and Edge 605, both of which designed for cyclists.

Both units get 2.2-inch color displays and standard turn-by-turn directions, as well as detailed street maps, topography of the region (seek out and/or avoid major hills), and the company's ANT+Sport technology. This last bit is meant to interface with fitness devices like heart monitors. What sets the two devices apart is the fact that the Garmin Edge 705 gets a barometric altimeter. It's also includes a wireless heart rate monitor that delivers real-time data to the on-screen display. 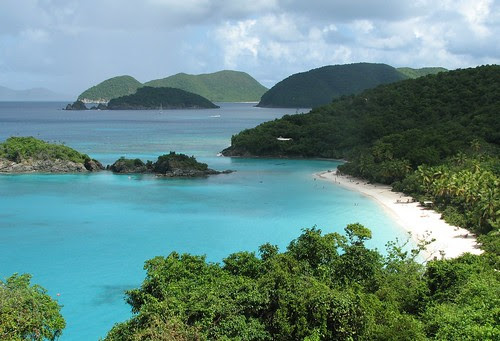 Just a couple of places I was swimming at last week...

I can't believe in a couple of weeks I will be a half-ironman. CRAZY...


My vacation just ended unfortunately. I had an awesome vacation, spending time throughout the entire southern caribean. I swam a mile pretty much every day. I do see now why everyone likes the ocean for swimming in triathlons. First off, the buoyancy is a major advantage and weirdly it's a little cleaner to me than the freshwater back in the states.

O well, I'm going to be doing a little riding and running this week and do a major tapering next week. Honestly, I'm ready for this thing to be done with and start training for the real thing next year!
Posted by Jimmy at 1:59 PM No comments: