I wish I had more time to elaborate, but yesterday I went to my first yoga class. It was interesting to say the least. When it started out, I was a little leery, as the instructor was saying things like "let every vertebrae breath" "what do you want this yoga class to be for you" I would get in major trouble if I told you what I was thinking when she was saying this. But, in the end, I'm hooked. It felt like I ran for an hour, but better because my muscles were loose.
Posted by Jimmy at 7:04 AM No comments: 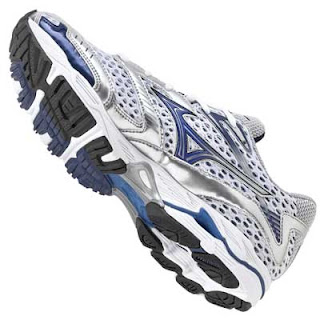 I can tell a big difference in running to work, while focusing on my time. I'm cautiously optimistic on my times for next year. As I stated before, I recently got a new mp3 player and will splurge on some new shoes next year. I think you are supposed to change shoes every 1,000 miles. I've had these shoes for about a year and have ran around 2,000 miles in them and my feet are feeling the pain!

I'll be running in Hawaii next week, so hopefully I'll be able to post some nice pics.
Posted by Jimmy at 7:37 AM 1 comment:

I've been on "vacation" for the past 4 days as everyone else in the United States. I put the word vacation in quotation marks due to the fact that it was spent entirely with family and required over 1,000 miles of driving - not exactly the two most relaxing endevours. Owell, in 3 days I will be in Hawaii, resting up for 2007.

This morning's run was fun, and at 39 degrees I got too hot with my sweatpants and sweatshirt.

On a separate note, my wife bought me a mp3 player with 8 gb of storage, which I am completely stoked about. My current mp3 player, sucks so bad it won't even make it through a long-run without replaying music I have already listened too.

Cheers,
Posted by Jimmy at 7:46 AM No comments:

Time Flies when you are having fun... Sunday night I reformated the entire blog and then I guess I forgot to save it so all is lost...thank goodness I did bookmark a lot of the information.

I have ran at least 6 miles everyday this week, and my legs are VERY SORE! Maybe I need to do something really crazy like stretch after I run.

I hope all is well, and staying reasonably healthy this holiday season!
Posted by Jimmy at 5:50 AM No comments:

There are about a billion bicycles in the world

Although Leonardo da Vinci drew some rough sketches of a contraption that looked like a bicycle, the Frenchman De Sivrac built the first bicycle-type vehicle in 1690. It was referred to as a hobbyhorse. However, it did not have pedals. Those were added in 1840 by a Scottish blacksmith, Kirkpatrick Macmillan, who is credited with inventing the real bicycle.

The bicycle as we know it today - with two wheels of the same size - looks almost exactly the same as one from 1900.

Air-filled tyres were used on bicycles before they were used on motorcars.
Posted by Jimmy at 6:29 PM No comments:

I recently had a friend who asked how he could lose 35 lbs. I (without any hesitation) told him to run a marathon. He (without hesitation) asked if there was anything else he could do since he can't run to the mailbox without being out of breath.

So I told him to quit drinking cokes. He was currently on his fifth coke (we were at dinner) and assuming there were about 150 calories in each glass and noting he had drank a couple earlier in the day, it was fairly rational to assume he had drank around 1,000 calories that day just in Coca-Cola!

I haven't heard any updates on whether he has taken the challenge, but another friend did take the challenge and lost 5 lbs the first 7 days!!!! I knew it would work but just didn't figure anybody would actually do it. Being a math geek I put some VERY interesting numbers together. 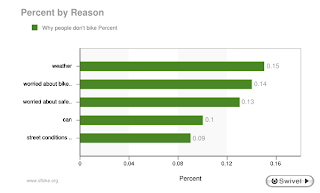 I slept in today, but ran in yesterday morning with a decent time. Hopefully, I can get in some long runs this weekend with the awesome weather we are having in Chattanooga, TN.
Posted by Jimmy at 10:14 AM No comments:

WOW! Last night I was pleasantly surprised by my new Runners World. It was the best Runners World I have ever read - jammed pack with training ideas and goals for 2007. I woke up this morning and not only did my 10K into work 10 minutes faster than normal - I ran an extra 2 miles I was so jazzed up!

And not that I need anything else to pump me up - I got on the Runners World web-site and I qualify for the "advanced training plan" Sounds good at least! You can find the plan here

They even had some race ideas to qualify for Boston for slow-pokes like me (e.g. an all down hill marathon in Utah).

Here are some links for anyone interested in Marathon Training!
http://www.halhigdon.com/marathon/Mar00index.htm

And to see what times you need to qualify for Boston:
http://www.bostonmarathon.org/BostonMarathon/Qualifying.asp
Posted by Jimmy at 5:41 AM No comments:

This week was extremely busy at work, so my apologies for not posting as much. I promise - 2007 - will be a banner year for postings, and hopefully for acomplishments as well.

I just found an awesome spreadsheet to track how many miles you bike throughout the year - you can download the spreadsheet by clicking here
Posted by Jimmy at 5:47 PM No comments:

Last night I scanned www.marathonguide.com and wrote down my athletic goals for the year:

I have widdled the marathon decision down to the atlanta marathon, knoxville marathon, kentucky derby marathon, and/or the Country Music Marathon.

As for the century I'm sure I'll just do Chattanooga's three state, three mountain challenge. If anyone finds any good (e.g. free) marathon training guide's let me know!
Posted by Jimmy at 10:15 AM No comments:

Ok, this would be a non-even to my big internet marketing friend Chris Bradberry, but I was looking up a race I heard about in Chattanooga - Big Daddy's Bike and Run, and my blog was on th e first page of the google search! I thought it was pretty cool.

Even still, I didn't find anything about the race, even after calling a couple of cycling shops and a local gym, so leave a comment if anyone know's anything.

Cheers,
Posted by Jimmy at 6:08 AM No comments: